With a Pair of Grammy Nominations in His Rearview, Cordae’s Focus is Longevity

With a Pair of Grammy Nominations in His Rearview, Cordae’s Focus is Longevity

The Maryland-bred emcee looks to make an impact with the impending release of his highly anticipated follow up to ‘The Lost Boy.’

There’s a certain irony in the title of Cordae’s debut album The Lost Boy because, as he tells it, he knew that hip-hop would be his life’s calling when he began penning his first songs at age 10. With that belief in mind, he still gave college a try, enrolling at Towson University — though his stint there would be short lived. After the release of his viral remix to J. Cole’s “1985,” Cordae opted to walk away from campus life and his shifts at Texas Roadhouse because his face had become too noticeable for class or a traditional 9-to-5. The 2018 freestyle introduced fans and outlets like Vibe magazine to his signature wordplay and within weeks the accompanying video had amassed several hundreds of thousands of views on YouTube before being temporarily pulled from the platform. And with lyrics as impertinent as the song’s title, “Old N*****” was Cordae’s signal flare to the rest of the industry – he wasn’t going to hold punches or mince words. After all, he had a love for hip-hop and an appreciation for lyrics that was sewn at a young age.

Cordae was born just outside of Raleigh, North Carolina before relocating to Suitland, Maryland with his mother and younger brother, Simba. He remembers stepping up as the man of the house early, having grown up without his father for a considerable portion of his adolescence. “I’d wake up in the middle of the night [as a kid] just to make sure the doors is locked and I used to sleep with a little baseball bat under my bunk bed. They used to call me ‘Man’, for real, that was my nickname. So, I think that’s where my sense of maturity came from so young.” His dad’s day-to-day absence didn’t hamper his influence and Cordae reflects fondly on the summer months they’d spend together. The pair would pass the hours riding in his dad’s car while the speakers belted out some of the most celebrated by-products of hip-hop’s golden era. From regional vanguards like Nas and Andre 3000 to cult classics like Big L’s Lifestylez Ov Da Poor & Dangerous, these car rides were a crash course for a young Cordae who sought to make it by way of his pen and pad. For a moment, he almost slips back into one of those memories, breaking away mid-interview to chant the “R-O-C, yeah!” from Jay-Z’s anthemic “Diamond Is Forever.” 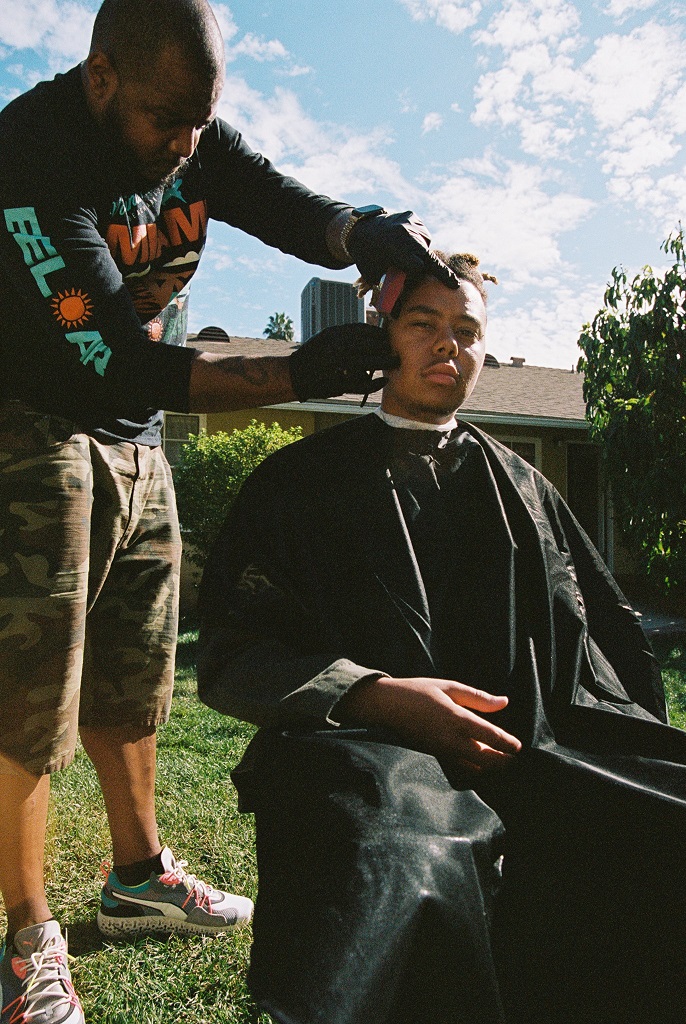 Those albums helped lay the foundation for Cordae’s own art and their influence on his musical DNA is all too apparent across the 15 tracks of his lauded debut. Released in summer 2019 via Atlantic, The Lost Boy resonated with a bevy of fans because of its contemporary approach to hip-hop’s classic elements. And while the project impresses with slick punch lines and heavy soul samples, it’s the storytelling that brings you back time and again. Much like his predecessors, Cordae showed a penchant for connecting with his audience by addressing his own demons and making them feel universal.

On “Family Matters” Cordae’s vocals are buoyed by an uplifting bassline while he bares all, sharing the stories of family members grappling with domestic violence and substance abuse. On “Thousand Words,” the 23-year-old emcee frames our generation’s over-reliance on social media and the warped perception of reality that can result. The transparency that anchors his songwriting isn’t employed without intention. “Thousand Words,” along with others on the album, he explains, were written from a real place. “Fans can connect to it and it can help them, you get what I’m saying? It can inspire them to let them know, it’s okay to not come from the best neighborhood. It’s okay not to grow up having everything. It’s okay to have family issues, that’s normal.” 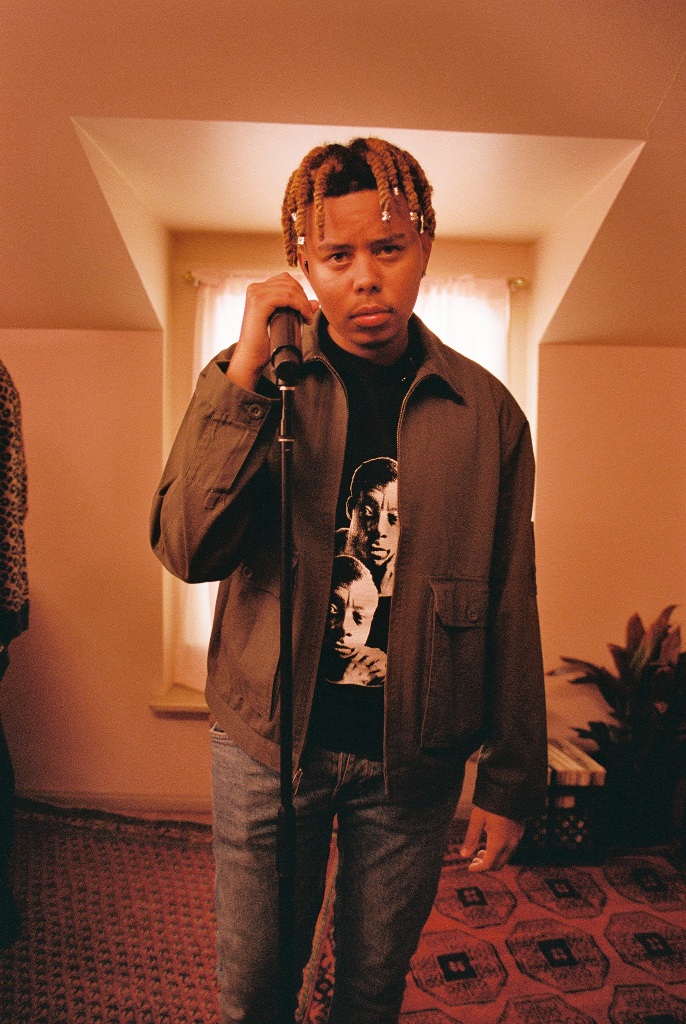 His comment points to what really sets Cordae apart from his contemporaries — an unflinching appreciation for the weight his pen holds if used for something greater. It’s that awareness that placed 18-year-old Cordae at the center of a 2016 Black Lives Matter protest in Washington, D.C. In the video recently posted to his Instagram account, Cordae freestyles over a megaphone, his words moving the crowd of hundreds with a spirited plea, “Please expose the truth to the world on a global view.”

To this day, Cordae doesn’t necessarily consider himself an activist. Instead, he clarifies, “I’m just always going to do what I feel is right and speak on what I believe in strongly.” As such, it was no surprise to see Cordae last summer at peaceful demonstrations protesting the killings of George Floyd and Breonna Taylor, not because it was a shot at an “Instagrammable” moment, but simply, because it felt like it’s where he should be. “It’s not even a black or white thing, it’s just right and wrong.” He pauses for a moment before questioning, “How can you not see what’s going on in the world to Black people all around? I empathize with that.” 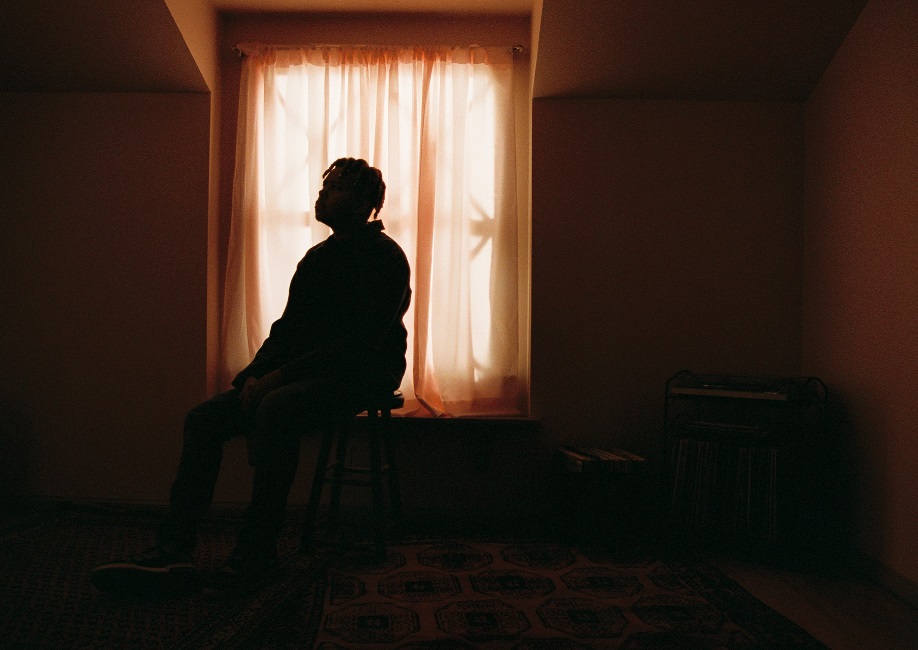 Last August, Cordae channeled that empathy into a politically-charged feature on Stevie Wonder’s triumphant protest record, “Can’t Put It In the Hands of Fate,” rapping: “Mass confusion, people in power commit collusion/indoctrinated students, I’m the leader of the movement/takes lifetimes, trying to duck the school-to-prison pipeline/disenfranchised, it’s amazing I’m in my right mind.”

Cordae might be unsure to what degree his next album will touch on social justice or 2020’s bleak realities but he knows one thing for certain — the quarantine-induced self-reflection he’s engaged in will be a creative north star. Music’s global shutdown offered Cordae the time to read, write and reflect in a way he hasn’t been able to back to back years on the road. He’s not the same artist or person that he was when he released his debut and he wants his sophomore release to reflect that growth. “It’s a completely separate idea than The Lost Boy. It’s not going to be a Lost Boy Two.”

Most artists who nabbed a pair of Grammy nominations, top 10 billing on the R&B/Hip-Hop Albums chart and glowing reviews from Pitchfork and Hip Hop DX on their debut outing would relish in the chance to replicate those stats. But Cordae doesn’t have time to reflect on past accolades — his focus is set on longevity. Hip-Hop is a game of comparisons so the forward-looking conversation begs the question, “how do you deal with the pressure of one-upping such a successful debut? Is that something you think about?” There’s an ease to Cordae’s response making it clear that he doesn’t care to deal in the comparisons. He doesn’t see the point in questioning because he’s already certain this next chapter will outpace his story’s grand opening. “it’s just going to be better, I just know it. The Lost Boy was great for that time but that was not my Magnum Opus. It’s still going to continue to grow, because good music lasts forever. But the next body of work is truly is going to surpass that by far, easy. Easy layup.”