Wale revealed Wednesday that he will be taking a hiatus due to an undisclosed medical issue.

“I am out of commission,” he wrote in an Instagram story posted Wednesday. “I been extremely sick since Saturday.”

He went on to share that he has missed calls and texts from those checking on him, adding, “Thank you to everybody who called wit genuine concern.” The “Lotus Flower Bomb” rapper continued, “I ain’t sure how long I’ll be down, but this sh– ain’t slight.”

The rapper also shared that his management team will temporarily take over his social media. “Much love, see y’all soon,” he concluded his post.

The news comes one week after his last Instagram grid post, a video in which he was seen sporting various outfits.

Wale’s latest update comes nearly two years after the release of his sixth and most recent studio album, Wow … That’s Crazy. The album peaked at No. 7 on the Billboard 200 in October 2019. That same month, the lead single from the LP, titled “On Chill” and featuring Jeremih, earned the No. 1 spot on the Rap Airplay chart.

This year, the rapper appeared on the Top Triller Global chart, for his feature on Nigerian artist Rotimi’s track “In My Bed.” The song peaked at No. 15 on the list in May. 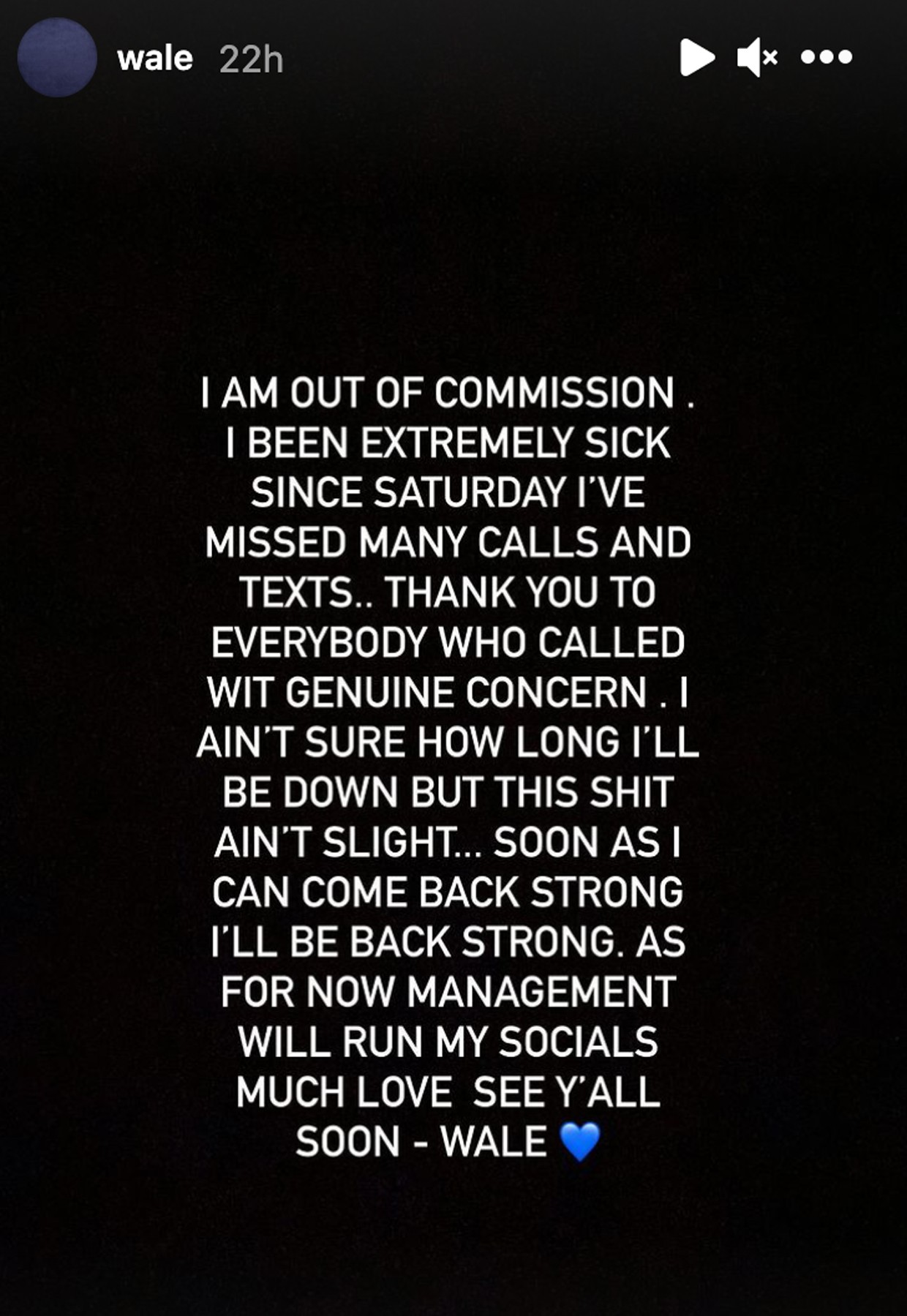 Ronaldo My Idol by Marley marcus