Hungry. Thirsty. Keen for new threads? Travis Scott and McDonald’s have that covered.

The Houston rapper launches wave one of his capsule merch collection with McDonald’s, through his existing partnership with the iconic burger chain.

Dropping Tuesday (Sept. 8), the limited-edition collection tips a hat to vintage campaigns with t-shirts, hoodies and collectables. More goodies will be announced in the week ahead.

Scott and his Cactus Jack team also designed apparel for McDonald’s staff. He reportedly dropped by a Downey, CA. outlet on launch day, no doubt to check how the new kit wears.

As previously reported, the popular fast-food brand has teamed up with the artist for a U.S. promotion around his “signature” meal: a quarter-pounder with cheese, bacon and lettuce with a medium order of fries and BBQ sauce to dip. The $6 order is complete with a Sprite.

Scott and McDonald’s are supporting charitable organizations during the month-long program.

To give the “Travis Scott Meal” some bite, the hip-hop star voices and scores a new ad campaign, starring the 2020 Travis Scott action figure.

It’s the first time since the 1992 collaboration with NBA great Michael Jordan that a celebrity’s name has been featured on the McDonald’s menu.

Scott is no ordinary burger-flipper. His signature song “Sicko Mode” went to No. 1 on the Hot 100 in 2018, and has been cited as hip-hop’s “Bohemian Rhapsody”. His last two albums Astroworld (2018) and Birds In The Trap Sing McKnight ruled the Billboard 200 chart.

Watch the commercial below and check out the capsule collection at shop.travisscott.com. 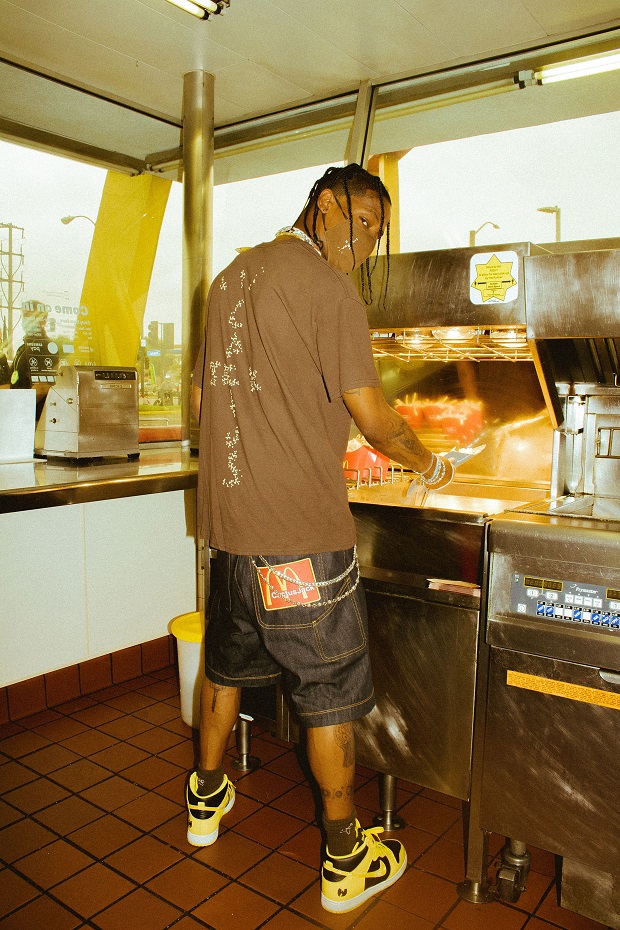 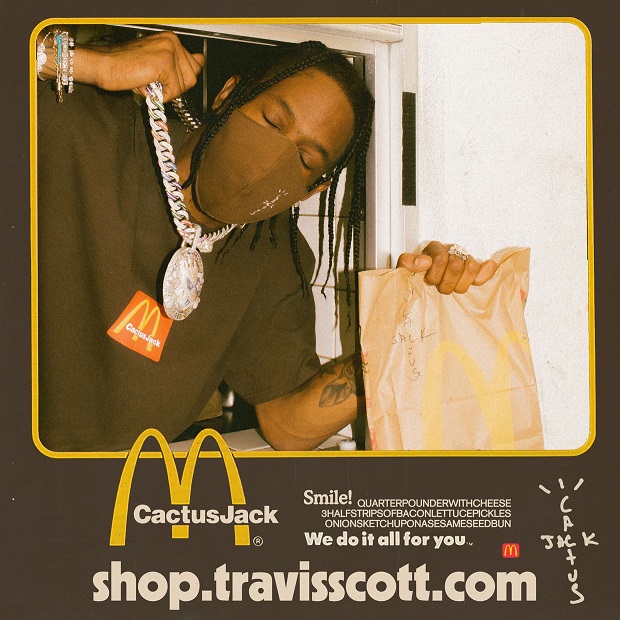