In 2013, Icewear Vezzo traveled from his hometown of Detroit to New York to meet with executives at various music companies. The trip, set up by his former indie label, didn’t go well.

“We took our music to YouTube and a bunch of other places, and they’re just looking like, ‘Is [the song] over yet?’” he recalls of industry folks scoffing at his no-frills tracks centering on unfettered tales of Detroit street life. “They almost made me feel like it wasn’t good, but as soon as you get back home, people say, ‘Man, this that sh-t,’ ” says the 32-year-old, while seated in Detroit’s Russell Industrial Center, a 2.2 million-square-foot abandoned factory space. “So I’m like, ‘F-ck it. We’ll just be famous in Detroit, because I’m not changing my style.’ I believe in it.”

Icewear Vezzo’s persistence has paid off — all three of his 2021 Rich Off Pints mixtapes have made Billboard chart appearances — and soon enough, others believed, too. In recent years, stars like Future, Pusha T, Megan Thee Stallion, Tyler, The Creator and Jack Harlow have all tapped into the city’s sound by enlisting producers and artists such as Helluva, Sada Baby and Tee Grizzley, among others.

Meanwhile, Babyface Ray, 31, has gone from local icon to national name, recently scoring a top spot on Billboard’s Heatseekers Albums chart with his 2021 EP, Unfuckwitable, and reaching No. 31 on the Billboard 200 with FACE, released in February. And newcomers like 42 Dugg and Baby Money have grown their fan bases exponentially, with the latter recently sharing the stage with Lil Baby and DJ Drama.

“We respect what everybody got going on because we all used to be down together,” says Babyface Ray. Adds Baby Money with a smile: “Everybody’s making money, everybody’s happy. The whole city’s getting paid.” 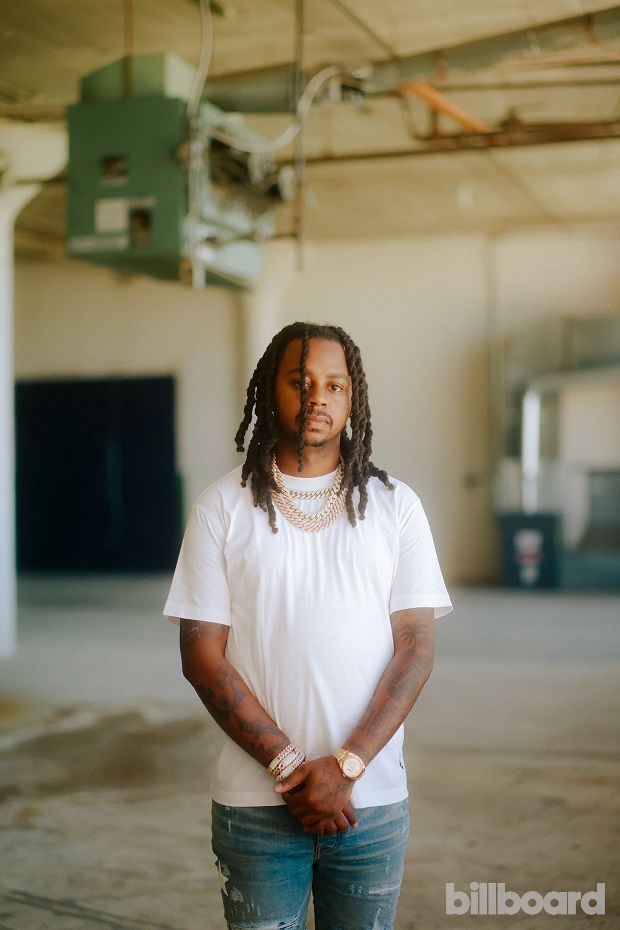 But like the longstanding socio-economic divide surrounding Detroit, for some time the city’s rap scene was also defined by a stark line. While some Detroit rappers saw mainstream gains with cuts that adopted elements of commercial hip-hop — whether a pop-rap single, melodic hook or a Justin Bieber feature — locally popular acts like Doughboyz Cashout and Team Eastside, a collective of six Detroit rappers that included Babyface Ray, struggled to transcend borders while staying true to their sound.

Helluva, who has spent nearly two decades producing for underground artists like Doughboyz Cashout and Peezy, remembers taking the advice of his peers and moving to Atlanta early on in his career, only to be met with apathy. “I was still doing the Detroit sound because that’s where my heart is, and people said it was too fast, that n—as was rapping off beat, they was not f-cking with it at all.”

Over time, those key elements — from the city’s dominant basslines and sinister piano riffs to its signature off-beat cadence and cheeky, yet cutthroat, lyrics — have become more popularized outside of Detroit’s perimeter, on the shoulders of Helluva and artists like Babyface Ray and Icewear Vezzo. Their own ascent has helped pave the way for artists like Baby Money, who signed a six-figure deal with Quality Control in January and released his second album, New Money, this September. 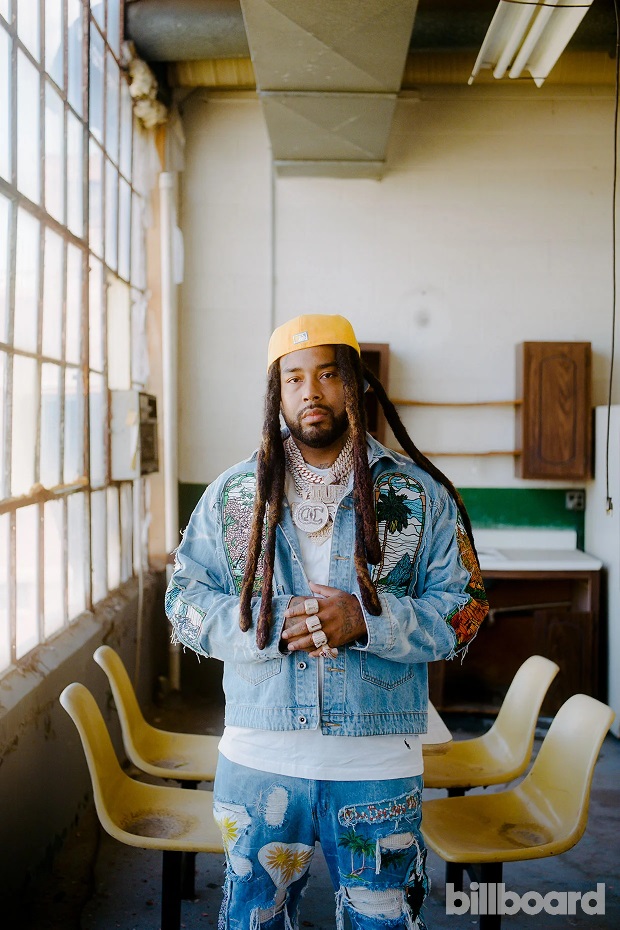 Today, Babyface Ray, Icewear Vezzo and Baby Money greet one another in a setting reflective of the city itself. Unfinished walls are riddled with haphazard graffiti; a bullet casing is nestled between dust bunnies across concrete floors. The sun beams relentlessly through floor-to-ceiling windows, specks of debris suspended within its rays. It’s depressingly beautiful, a quality Detroiters know too well.

Reflecting on their days attending middle school together on Detroit’s east side, Babyface Ray recalls a “super popular” and blinged-out Icewear Vezzo riding around the neighborhood. “He was a hood figure,” he says of Vezzo. “Everybody knew who he was.”

Icewear Vezzo remembers too, but without the same fondness. “When I was a kid, all my friends was grownups,” he says, “so it was different for people to see somebody who should be playing at the park selling drugs, driving cars on rims and picking up money from dope houses.”

By the time he was 18, having sold drugs for five years already, he became disillusioned with street life and decided to switch gears into rap. “I realized that all these guys was rapping about everything I had. I’ve got the cars that they talking about, I have a loft downtown, I got [Cartier] buffies and Rolexes,” he says. “But I didn’t get serious until I met [Babyface] Ray and Peezy.”

Peezy started rapping as part of Team Eastside alongside Babyface Ray. As they were starting off, Icewear Vezzo would offer rides to the studio, or buy them beats. “We became one big family,” says Babyface Ray. After a few years as a collective, Peezy began putting out solo projects, and a reluctant Babyface Ray followed suit.

Around the same time, west side rapper Tee Grizzley was released from prison and burst onto the scene with his 2017 debut single, “First Day Out,” which peaked at No. 13 on the Hot Rap Songs chart. “When that became a smash hit, it shocked me because we had been doing [our sound] for so long and nobody noticed,” Babyface Ray says. “We was watching [Detroit artists] Big Sean, Dej Loaf, trying to put melodies in our music and alter our sound to cater to the industry. Tee Grizzley came and stepped on all of them.”

Tee Grizzley’s mainstream success and subsequent signing to 300 Entertainment/Atlantic Records kick-started a long-awaited shift, with more of the city’s natives finally scoring record and distribution contracts. To date, EMPIRE has signed 10 Detroit rappers to deals, including Babyface Ray in 2019. A Bay Area native, EMPIRE founder Ghazi Shami has long invested in Detroit rap due to what he calls “a deep connection” between the two areas. (Helluva points to early music from Oakland-raised rapper and producer Too $hort as inspiration for what’s now understood as the Detroit sound, particularly his tracks “Freaky Tales” and “Dope Fiend Beat.”)

“Detroit was popping and it just felt right in my spirit to nurture it,” says Ghazi. “The way I was able to cultivate Detroit is offering distribution deals and giving [rappers] money, which traditionally we reserved for our label deals.”

Quality Control CEO Pierre “Pee” Thomas feels similarly. As he told Billboard in August when the label announced it had signed Icewear Vezzo, “Detroit has got something going on, and I want to be involved in it.” He believes it to be a city that will have a big mark on the rap game, and is eager to help bring more exposure and infrastructure to its rising talents. 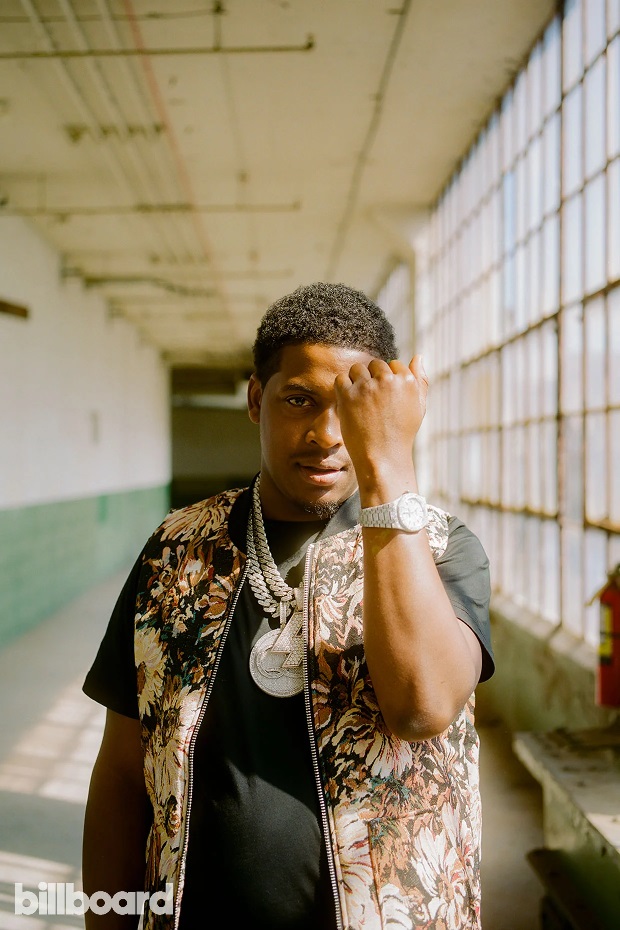 Baby Money began rapping at 12, influenced by city pioneers like Blade Icewood and Street Lord Juan. Both were original members of the early 2000’s rap group The Street Lord’z, and are emblematic of how far Detroit rap can travel. Blade Icewood’s 2004 hit “Boy Would You (Boss Up)” went on to inspire the local “Blade Dance” craze, which gained national traction in 2017 — nearly a decade after he was killed on the city’s west side at age 25.

As for Street Lord Juan, who in 2020 was released from prison after serving nine years on drug and weapon charges, the underground resurgence has him feeling hopeful. He’s even gearing up to release his own album, Lord Status III. “I’m proud because I remember a time when people would hear Detroit music and say ‘Oh, no,’” he recalls. “We have more resources now.”

And artists like Icewear Vezzo and Baby Money — who together will head out on a 12-date tour this month — are committed to building up their communities even more through philanthropic efforts and the launch of their own labels: Iced Up Records and Third Eye Entertainment, respectively.

“The thing about our sound is that we never changed it,” Icewear Vezzo says. “We stuck with it. We took all of the negativity and made something out of it.” 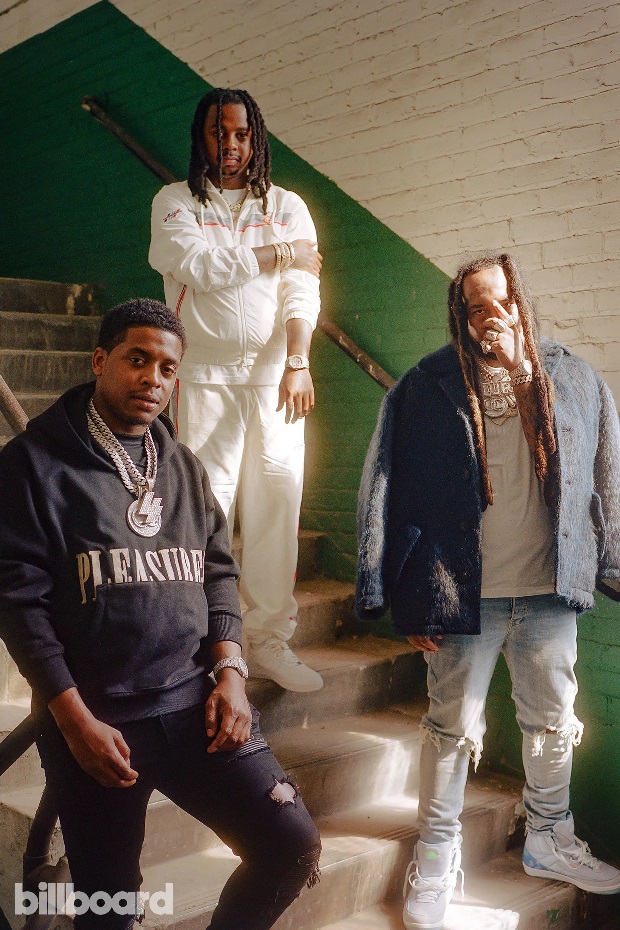