Philadelphia Magazine reports Tech 9 — real name Akhiym Mickens — was arrested on January 5 in Philly and charged with possession of child pornography, indecent assault, indecent exposure and corruption of minors, in addition to other offenses.

He was due to be arraigned in Common Pleas Court on March 25. 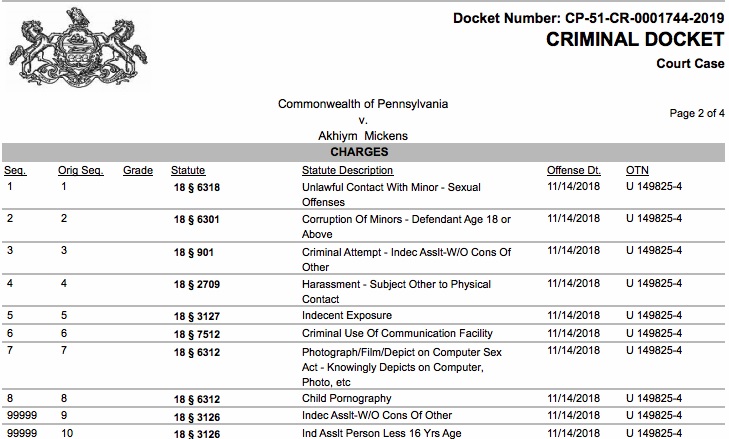 In the wake of his passing, everyone from Kendrick Lamar to Lupe Fiasco mourned his death on social media.

Services are scheduled for Thursday (April 4) in Germantown.