The interactive livestream event will be hosted by Lilly Singh, and is in collaboration with MGM Resorts. The celebration will give 21+ fans a chance to chat with their fellow revelers, meet the performers and win some prizes.

“Ready to bring in 2021 with my friends at Bud Light and kick some ass while doing it,” Malone said in a statement about his midnight slot on the show.
Artist Mentioned

Other live performances slated to take place from the Park MGM in Las Vegas include DJ/producer Aoki, rapper Harlow and more artists to be announced soon.

“Nothing makes me more excited than performing on New Year’s Eve and I am pumped to hit the stage with Bud Light Seltzer this year,” added Aoki in a statement. “I have a special set planned to blast everyone into 2021 the proper way! Let’s go!”

“2020 has been a wild year and just like everyone else, I’m ready for 2021,” said Harlow. “I miss performing live and seeing my fans but until it’s safe to get back on the road, I’m looking forward to celebrating New Year’s Eve with Bud Light Seltzer Sessions and performing songs from my new album That’s What They All Say.”

During the event, viewers will be able to join breakout rooms to watch the stream with friends and family, win a chance to have meet and greets with the performers before and after the show, alternate between performances and add pictures of themselves to a fan wall; RSVP here for a chance to meet the performers and win prizes.

“I’m excited to host the first-ever Bud Light Seltzer Sessions New Year’s Eve show and ring in 2021 with audiences virtually,” said host Singh. “I know I’m not the only one looking forward to 2021 and this means I now have plans for New Year’s.” 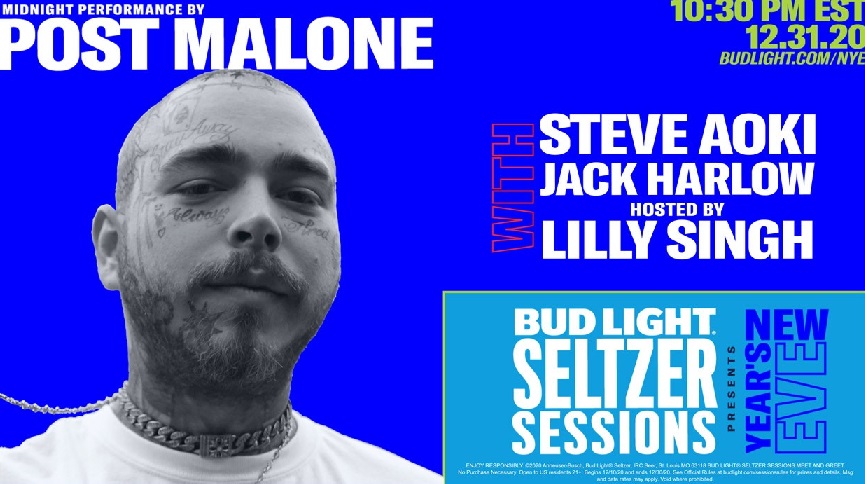