LOS ANGELES, CA – Police have reportedly gained access to the social media accounts of Rihanna’s alleged stalker, Eduardo Leon. According to legal docs obtained by TMZ, police were granted a warrant to look for evidence to use in Leon’s felony stalking case.

Leon allegedly broke into Rihanna’s Los Angeles-area home last month and told officers he was there to “have sex” with the Barbadian pop star, although he reportedly assured police he didn’t plan on using “force.” Leon was tased and arrested, and has remained in jail since May 10.

By looking into his social media accounts, cops are hoping to prove Leon was obsessed with RiRi.

Leon’s court hearing is reportedly on hold until a judge decides if he’s mentally fit to stand trial.

Eduardo Leon, the 26-year-old man who broke into Rihanna’s home last week, has reportedly been charged with multiple felonies. According to TMZ, Leon went to court on Monday (May 14) where he faced three felony charges for stalking, burglary and vandalism.

Police found Leon in RiRi’s Los Angeles home on Thursday (May 10) and reportedly tased him before putting him in handcuffs.

Leon admitted to police he was there to have sex with the Barbadian singer. After disarming the security system, he spent at least a day in her home. Police reportedly said Leon unpacked his bag, charged his phone and waited for her to arrive.

A man who broke into Rihanna’s Los Angeles home on Wednesday (May 9) was reportedly tased and arrested on Thursday (May 10).

According to TMZ, 26-year-old Eduardo Leon told police he was there to have sex with the Barbadian superstar but didn’t plan to use force to get his way.

Police reportedly said Leon found a way to disarm the security system, unpacked his bags, charged his phone and waited at least an entire day for RiRi to return to the residence.

Leon was taken into custody on charges of stalking, trespassing and residential burglary. He also broke into another residence on May 4 thinking it belonged to Rihanna, which is why police decided to add stalking to the charges. 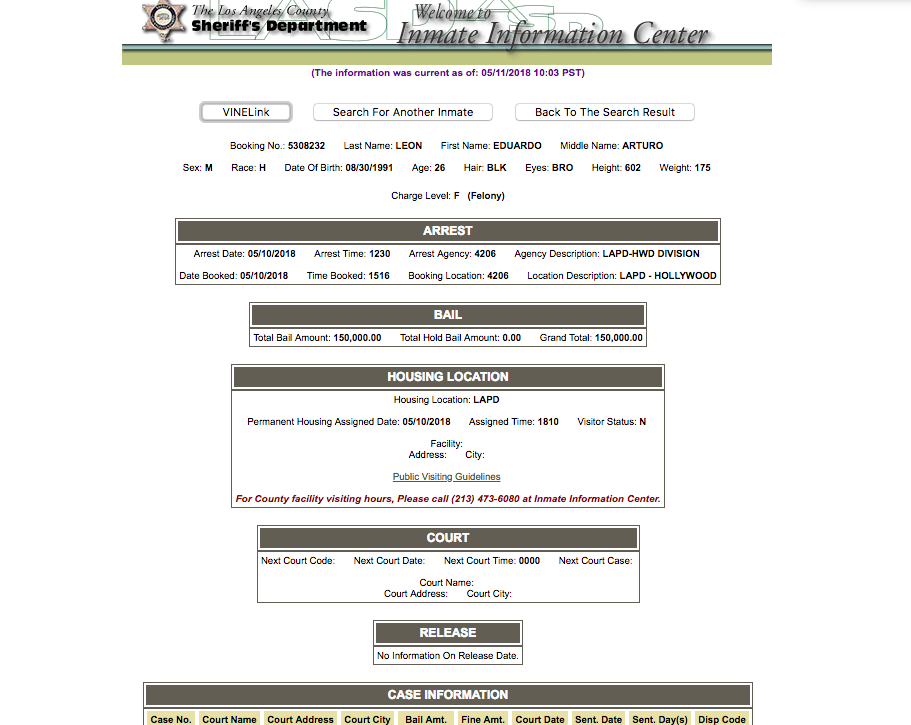 According to the Los Angeles County Sheriff’s Department website, Leon has multiple arrests.