Kim Kardashian has claimed Kanye West’s Jesus Is King album is dropping on Sunday (September 29), but release dates are in a constant state of state of flux when it comes to Yeezy. But one thing is confirmed: Ye’s documentary of the same name will be available exclusively in IMAX theaters in October.

IMAX has announced Kanye’s film will premiere in its theaters on October 25. The documentary features music from the album and an inside look at an edition of the G.O.O.D. Music founder’s Sunday Service in Arizona’s Roden Crater.

“Filmed in the summer of 2019, Jesus Is King brings Kanye West’s famed Sunday Service to life in the Roden Crater, visionary artist James Turrell’s never-before-seen installation in Arizona’s Painted Desert,” IMAX said in a press release. “This one-of-a-kind experience features songs arranged by West in the gospel tradition along with music from his new album Jesus Is King — all presented in the immersive sound and stunning clarity of IMAX.”

Kanye has previewed scenes from the Jesus Is King film at his album listening sessions in Detroit and Chicago. A third event is scheduled to take place in New York on Sunday.

Check out the poster for Kanye’s documentary below. 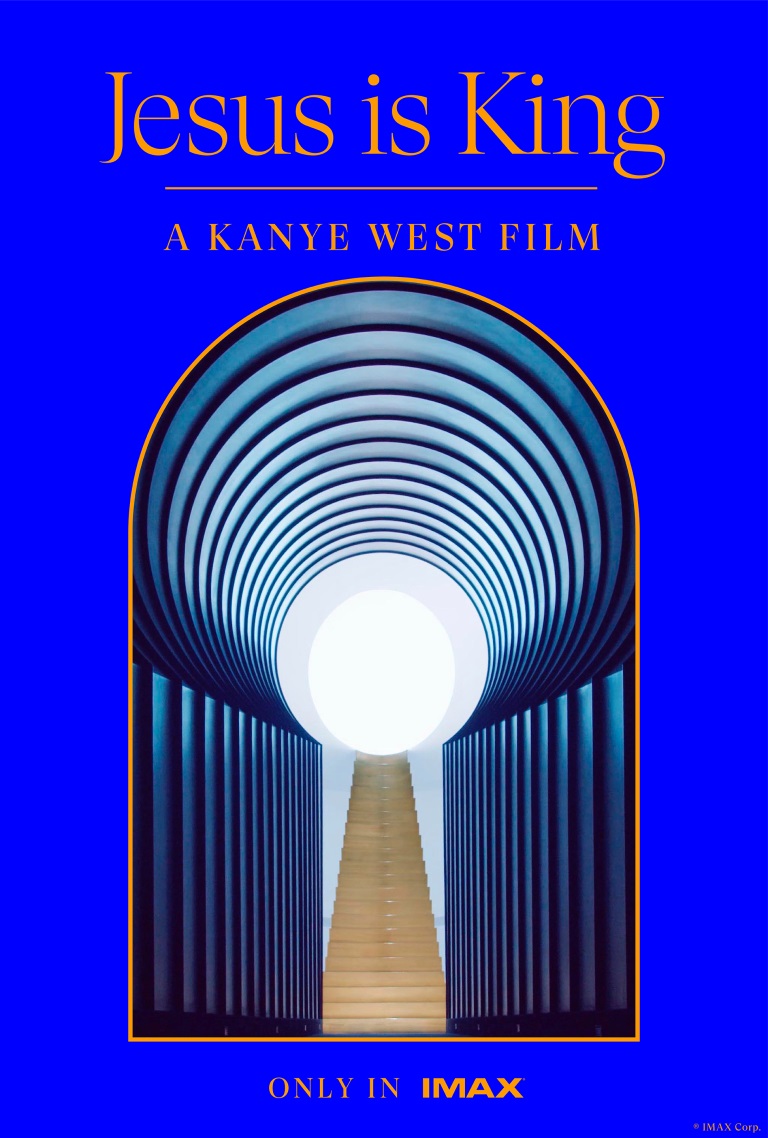