Philadelphia mayor Jim Kenney reportedly decided to move the annual Made In America music festival from its home on Benjamin Franklin Parkway — but that was news to festival curator JAY-Z.

According to the Philly Inquirer, deputy communications director for the mayor’s office Sarah Reyes confirmed the news on Tuesday (July 17).

“This is the last year MIA will be held on the Parkway,” Reyes said.

Now, Hov has addressed the situation in an op-ed, which was published by the Inquirer on Wednesday (July 18). In the letter, he reveals the city of Philadelphia also attempted to stop the 2018 festival.

“We are disappointed that the mayor of the city of Philadelphia would evict us from the heart of the city, through a media outlet, without a sit-down meeting, notice, dialogue, or proper communication,” he writes. “It signifies zero appreciation for what Made In America has built alongside the phenomenal citizens of this city.

“In fact, this administration immediately greeted us with a legal letter trying to stop the 2018 event.”

The billionaire Hip Hop mogul goes on to call Kenney’s stance a “failure” and reminds people what Made In America has contributed to the City of Brotherly Love.

“Since 2012, Made in America, one of the only minority-owned festivals, has had a positive $102.8 million economic impact to Philadelphia, and the festival has paid $3.4 million in rent to the city,” he continues. “Made in America employs more than 1,000 Philadelphians each day and 85 percent of our partners are Philadelphia-based companies.”

He adds, “Made in America has donated $2.9 million to the United Way of Philadelphia and Southern New Jersey. Cause Village, the festival’s philanthropic footprint and hub for social action, averages more than 15,000 social actions taken over the [festival’s] two days via ongoing partnerships with more than 56 charitable and activist organizations representing all causes.” 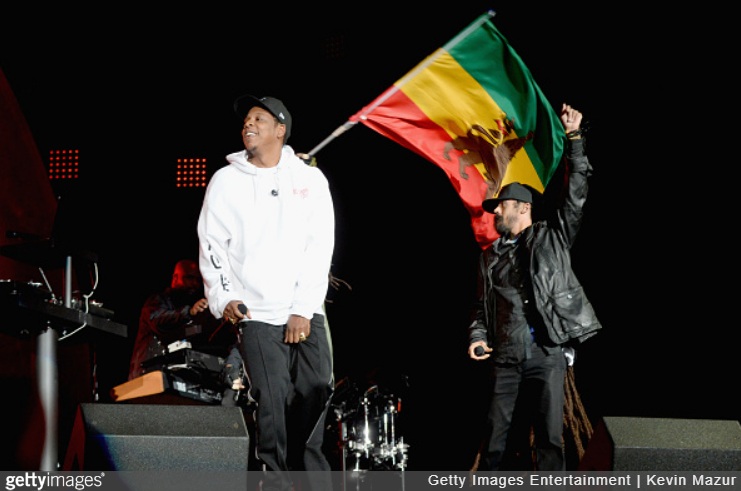 Reyes’ statement on behalf of the city indicates the Made In America festival could simply be moved to another location.

“When the festival first started, it was intended to provide a unique attraction to the city on the otherwise quiet Labor Day weekend,” Reyes said. “Over the years, tourism has grown overall, and the need for an event of this scale at this location may no longer be necessary.

This year’s Made In America festival is scheduled to take place on September 1 and 2. The lineup includes Nicki Minaj, Post Malone, Meek Mill, Diplo, Janelle Monáe, Ty Dolla $ign and Miguel, among others.