Here’s Why Young Buck Is In Jail

Here’s Why Young Buck Is In Jail

Cheatham County, TN – Although details are ridiculously scarce, Young Buck was apparently taken into custody last month in Cheatham County, Tennessee on a child abandonment warrant out of Newtown County, Georgia, according to Scoop Nashville.

The former G-Unit affiliate was arrested on December 20, 2019 and is considered a “fugitive from justice.” He spent his Christmas in an overcrowded jail cell as he awaits extradition.

He’s expected to be in jail until at least May 7, 2020 when he has his first court date. He’s currently being held without bond.

Young Buck was apparently arrested in Cheatham County, Tennessee on December 20. According to Cheatham County Sheriff Office records, obtained by Scoop Nashville, the veteran rapper is expected to be behind bars at least until May 7, 2020 when he has his first court date.

While specific charges haven’t been revealed, the 38-year-old Hendersonville resident was arrested on an outstanding warrant out of Georgia and is currently considered a “fugitive from justice” — a felony. 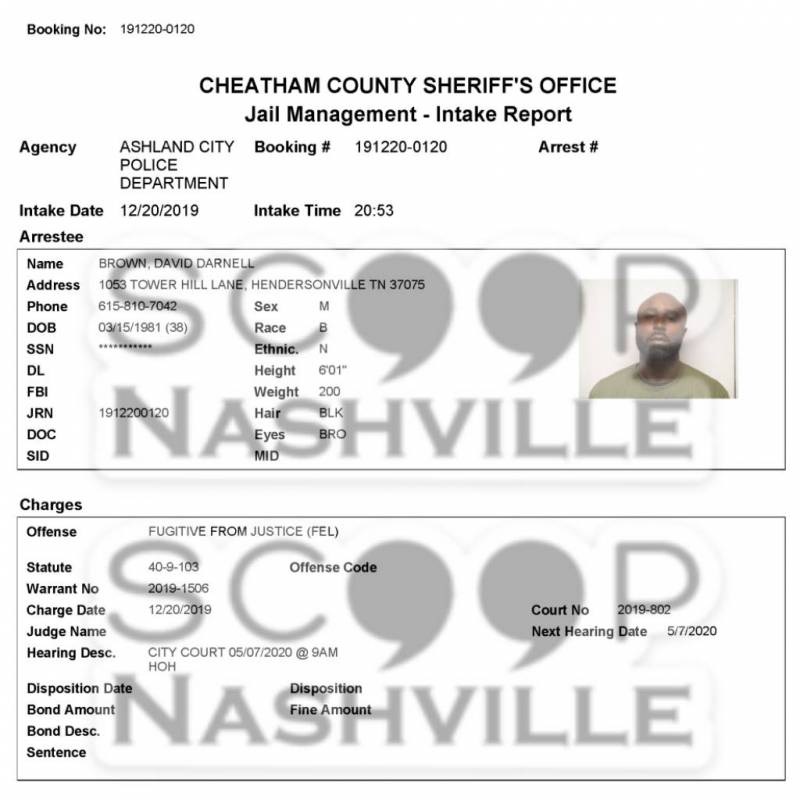 Young Buck was arrested in 2016 after he allegedly kicked in the front door of his ex-girlfriend’s Nashville apartment and threatened to burn it down.

Consequently, he was sentenced to seven months in prison. At the time, authorities said he owned up to violating the conditions of his supervised release and probation in not one but two federal cases.

The former G-Unit affiliate has been a longtime adversary of 50 Cent and the two routinely spar on social media. Most recently, the Power exec trolled Young Buck with a photo of a transgendered woman after Young Buck dropped two diss tracks aimed at the Get Rich Or Die Tryin’ mastermind — “The Story Of Foofy” and “Fofty” earlier this year.

Young Buck spent Christmas in an overcrowded jail. He’s being held without bond.