Freddie Gibbs and Madlib’s highly anticipated Bandana album drops this Friday (June 28). With just a few days left to go, the duo has unveiled the official tracklist for the LP.

Check out Gibbs and Madlib’s Bandana tracklist below. Pre-order the album here.

Freddie Gibbs and Madlib’s highly anticipated Bandana album is inching closer to arrival. While the duo hasn’t announced the LP’s release date, the two have shared its official cover art.

Madlib posted the artwork across his social media accounts on Tuesday (May 28). 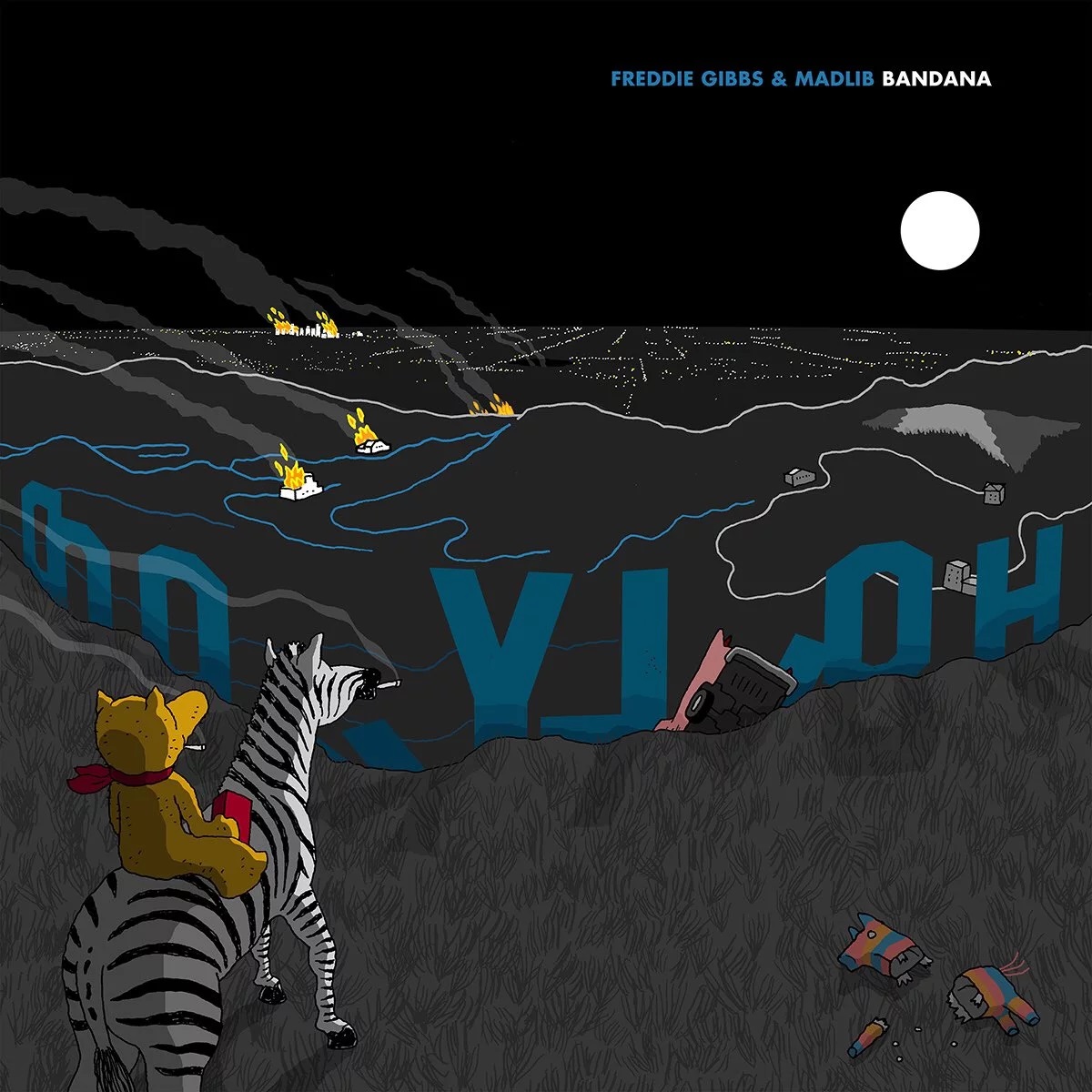 The follow-up to 2014’s critically acclaimed Piñata album will be released as part of a partnership between Keep Cool/RCA Records and Madlib Invazion/ESGN. The LP features contributions by Anderson .Paak, Killer Mike, Pusha T and Yasiin Bey (f.k.a. Mos Def).

On Wednesday (May 29), Gibbs teased fans with a new drop due out this Thursday (May 30) at 9 a.m. PST. The veteran MC’s 17-second clip featured a soulful instrumental and some print reading “Mt. Kane.”

View the teaser below.

Freddie Gibbs and Madlib are stoking the flames of hype for their Bandana album. The duo has dropped the LP’s title track just a few weeks after making their return with the “Flat Tummy Tea” single.

The newest MadGibbs collaboration features an assist from Assassin. Although “Bandana” is the title track of the album, it will actually serve as a bonus song when the project drops later this year.

No release date has been announced for the Bandana LP as of Tuesday (March 5). The project will be the follow-up to duo’s first collaborative album Piñata, which dropped in 2014.

Listen to Gibbs and Madlib’s “Bandana” above. Check out their upcoming shows below.