Drake Unfollows The Weeknd On Instagram & Follows Soulja Boy Instead

Drake Unfollows The Weeknd On Instagram & Follows Soulja Boy Instead

In more earth-shattering Hip Hop news, Drake has unfollowed The Weekend in the wake of the Starboy mastermind’s alleged subliminal on “Lost In The Fire.”

Someone with presumably way too much time on their hands discovered the social media slight this week and shared the news on Monday (January 21) via their Instagram page.

The move follows the controversial lyrics on The Weekend-assisted Gesaffelstein single that are assumed to be a shot at the OVO boss.

The lyrics in questions are a perceived stab at Drake who Pusha T outed for having a “secret son” with Sophie Brussaux on “The Story Of Adidon.”

Once Pusha co-signed the lyrics with a series of flame emojis, there was no stopping the speculation.

Drake did recently start following Soulja Boy after his wild interview with The Breakfast Club. During their conversation, Big Soulja claimed to have taught Drake everything he knows.

Evidently, the 6 God doesn’t have any hard feelings. 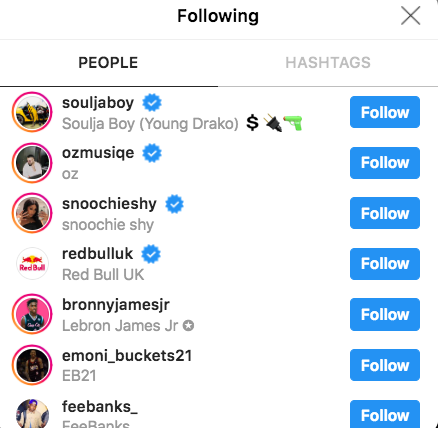