Drake has confirmed his upcoming album Scorpion is, in fact, a double LP. On Thursday (June 28), the OVO Sound boss took to Instagram to share the project’s official tracklist.

Boasting 12 songs on the A Side and 13 on the B Side, the 25-track album includes previously released singles “God’s Plan,” “I’m Upset” and “Nice For What.” It’s executive produced by longtime collaborator Noah “40” Shebib and Oliver El-Khatib.

Last week, billboards started popping up in Drake’s hometown of Toronto that read simply, “A Side B Side,” fueling speculation Scorpion was a double album.

Fake tracklists also made the rounds, which may have prompted Drake to share the real one.

THERE'S SO MUCH TO THIS DRAKE TRACKLIST. 1. LET ME EXPLAIN? WHAT HE ABOUT TO EXPLAIN👀👀👀HE HAS A SON!2. THESE ARE THW MOST ELITE FEATURES OF ALL TIME- MICHAEL FREAKING JACKSON??? THIS MAN BOUT TO DROP A CLASSIC pic.twitter.com/d6xX6Iy0VR 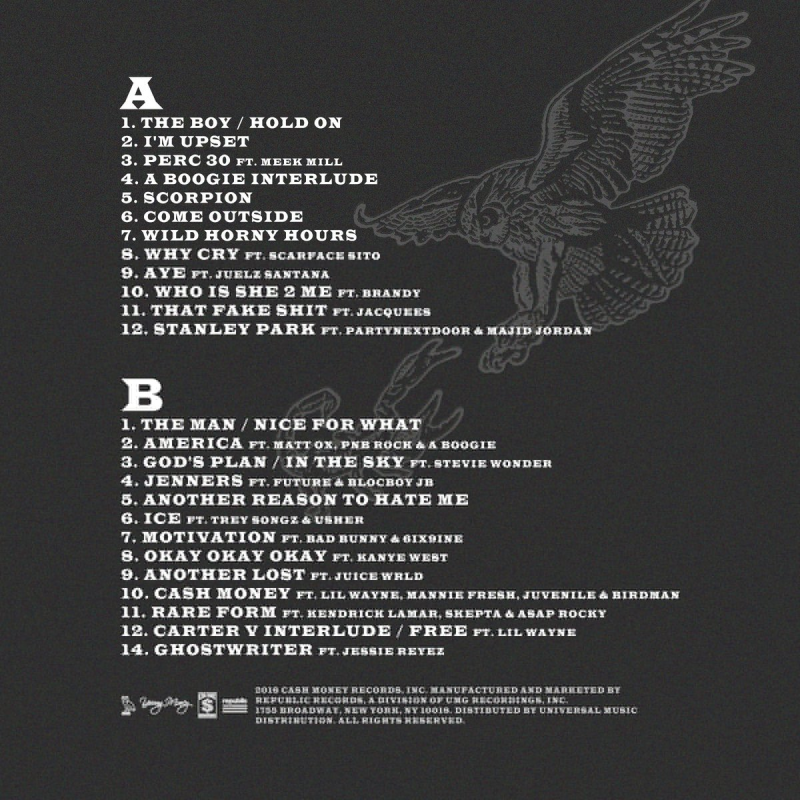 Scorpion marks Dreezy’s follow-up to 2017’s More Life. He teased the album in a cryptic trailer earlier this week.

The project is expected to arrive on Friday (June 29).