Chris Brown has released another giant batch of music for his fans. After dropping the 45-track set Heartbreak On A Full Moon in 2017, Breezy returns with a new double album titled Indigo.

Chris Brown’s double album Indigo is scheduled to drop this Friday (June 21). Just a few days before its release, the controversial artist has shared the official tracklist for the upcoming project.

Brown’s two-disc set features Drake, Nicki Minaj, Lil Wayne, Joyner Lucas, G-Eazy, Juicy J, Juvenile, H.E.R. and Tory Lanez, among others. The bulk of the collaborations appear on the first half of the LP.

Check out Brown’s Indigo cover art and tracklist below. 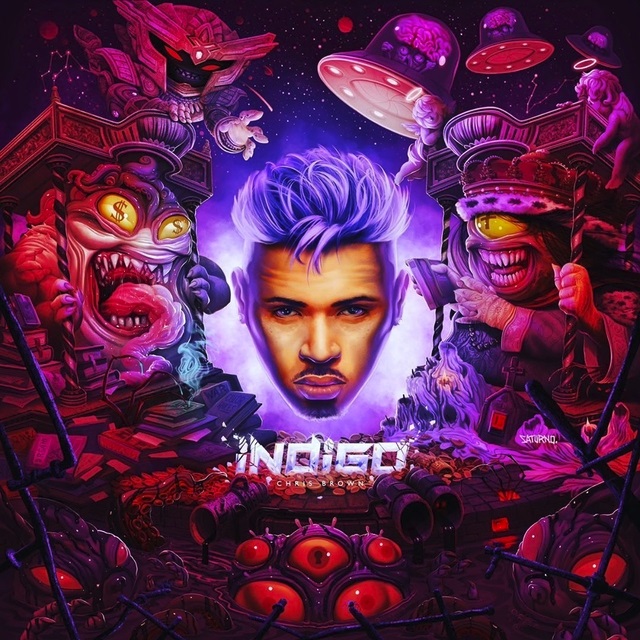 Chris Brown is planning to drop his Indigo album in the summer.

The polarizing singer has unveiled the LP’s cover artwork and announced a June 21 release date via social media. He’s also got a backup plan in place if there are any delays.

“FRONT AND BACK OF THE OFFICIAL ‘INDIGO’ album double covers June 21st but with any possible delays JUNE 28th,” he wrote on Instagram. “(illustrations by @saturnoart @cole).”

FRONT AND BACK OF THE OFFICIAL “INDIGO” album double covers June 21st but with any possible delays JUNE 28th. (illustrations by @saturnoart @cole)

Indigo will be Brown’s first album since 2017’s Heartbreak On A Full Moon, a massive double-disc effort that included 45 songs.