Teyana Taylor’s L.A. listening party for her Juneteenth release The Album was a star-studded affair on Wednesday (June 17), with appearances by Cardi B and husband Migos rapper Offset, his bandmate Quavo, model Winnie Harlow, writer/actress Lena Waithe, Terrence J and many more.

But it was Cardi and her mini me, daughter Kulture, who stole the show, thanks to the 1-year-old’s colorful rainbow-print dress. (The little girl’s outfit also feels like an appropriate nod to Pride Month, as the rainbow flag is the symbol of LGBTQ pride.)

Pictures from the event show Cardi in a yellow jumpsuit holding Kulture on her right hip as the toddler smiles through her pacifier at the camera. The yellow coveralls were the look of the night, with many of Taylor’s pals modeling them in a show of solidarity.

Taylor’s third studio effort, Album, follows her Kanye West-produced K.T.S.E. project from June 2018. Two years ago, West released it as part of a fiery five-pack of LPs from his Wyoming ranch, including his own Ye, his and Kid Cudi’s joint project Kids See Ghosts, Pusha T’s Daytona and Nas’ Nasir.

Check out Cardi and Kulture on the red carpet below, and Cardi’s own pics of her little girl. 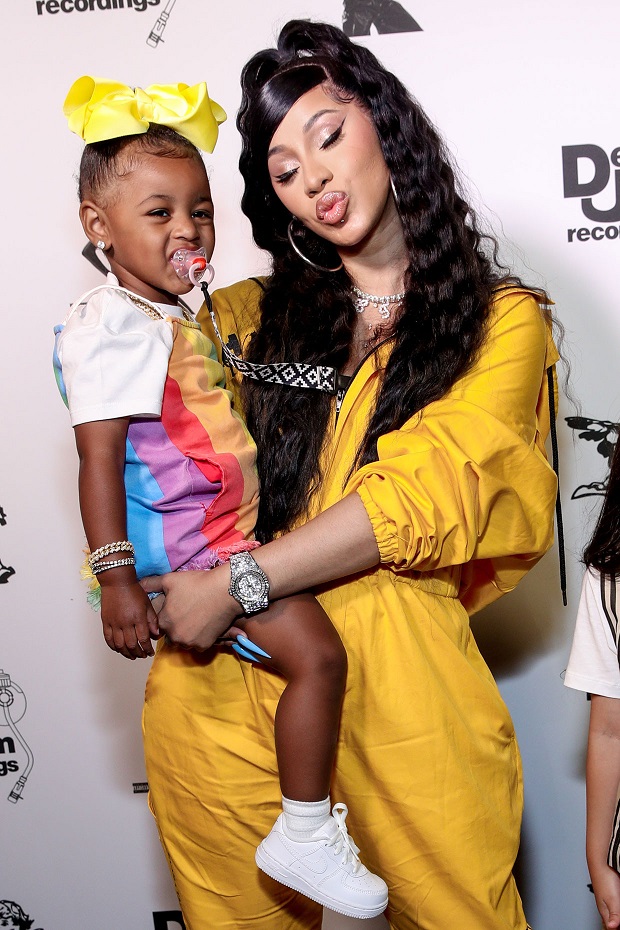 When I see you I know I did something right for a blessing like you .

You gotta bare with me

Metal Ring By Avalanche The Architect

Metal Ring By Avalanche The Architect

Faded in July By PM

Faded in July By PM

Nan Nun By Jerzey B

Nan Nun By Jerzey B

Wide Open By Jerzey B

Wide Open By Jerzey B