Christmas first arrived for Aaliyah fans on Aug. 20. That’s when her seminal breakthrough album One in a Million unlocked the door to her catalog finally being released to all streaming platforms. Now as the actual holiday season approaches, her fans are being gifted with new music from the late singer.

“Poison” itself showcases the pair’s ethereal vocals on a ballad whose chorus chillingly sums up its love-gone-wrong message: “You’re so cold / I can see your breath I swear … Wondering where it all went wrong / You were my poison all along.” Written by longtime Aaliyah collaborator and friend Static Major and The Weeknd, “Poison” was produced by DannyBoyStyles and Nick Lamb, mixed by Mike Dean and engineered by Shin Kamiyama. The single’s cover art was designed by Joe Perez (Beyoncé’s Black is King) and Katie McIntyre (Normani and Cardi B’s “Wild Side,” Nicki Minaj’s Queen).

With the release of Aaliyah’s first new music in more than 15 years, Aaliyah’s uncle and Blackground founder Barry Hankerson spoke with Billboard exclusively about the momentous occasion, response to the streaming rollout of the label’s catalog, his quest to achieve Grammy recognition for the singer — and still having no contact with her estate.

“Aaliyah would love hearing herself with the current stars of the industry that she cared so much about,” says Hankerson of Unstoppable. “And that’s all I wanted to do.”

What prompted the decision to release “Poison” as the lead single?

When you put a record out, you try to start off with something that gets everybody’s attention. I’m a fan of The Weeknd, who called me out of the blue on a Friday night about three years ago. He inquired about trying to do something with some of these tracks if there was anything that Aaliyah had a vocal on. But then we never got together. So when we started on Unstoppable, I remembered that call and reached out. We were able to work out his schedule and get together with one of his producers, a young brother named DannyBoyStyles. After we talked, DannyBoyStyles chaperoned updating the track. Then he flew to Canada to put the vocals on.

Why do you think the song will appeal to both Aaliyah and Weeknd fans?

It’s really the sound of the collaboration; the vocals that I thought would be such a contrast and the song’s message. This is also a Static [Major] song, so the continuity of melody was there because most of the songs on the album that’s coming out are also Static songs — which is what really makes the difference. Then when I actually heard The Weeknd’s vocals on it, I just knew it would be something special. The radio response is already pretty huge. Everybody is understanding what these two artists have in common and what they have in contrast.

Drake, Future, Ne-Yo, Chris Brown and Snoop Dogg are among Unstoppable’s guest collaborators. What else can listeners expect?

The body of work is pure hip-hop and R&B. I think it’s going to be big with urban and R&B stations. Some of the people that Aaliyah liked are on the album. She loved Snoop Dogg, who’s done a great record in collaboration with Future. They’re going in now to refreshen their vocals. Ne-Yo gave us an excellent song; also Drake. Timbaland produced the track that Chris Brown did. It’s vintage R&B with strong vocals. I look for that one to also get a very special reaction from listeners. We’ll probably release one more single before the album comes out. 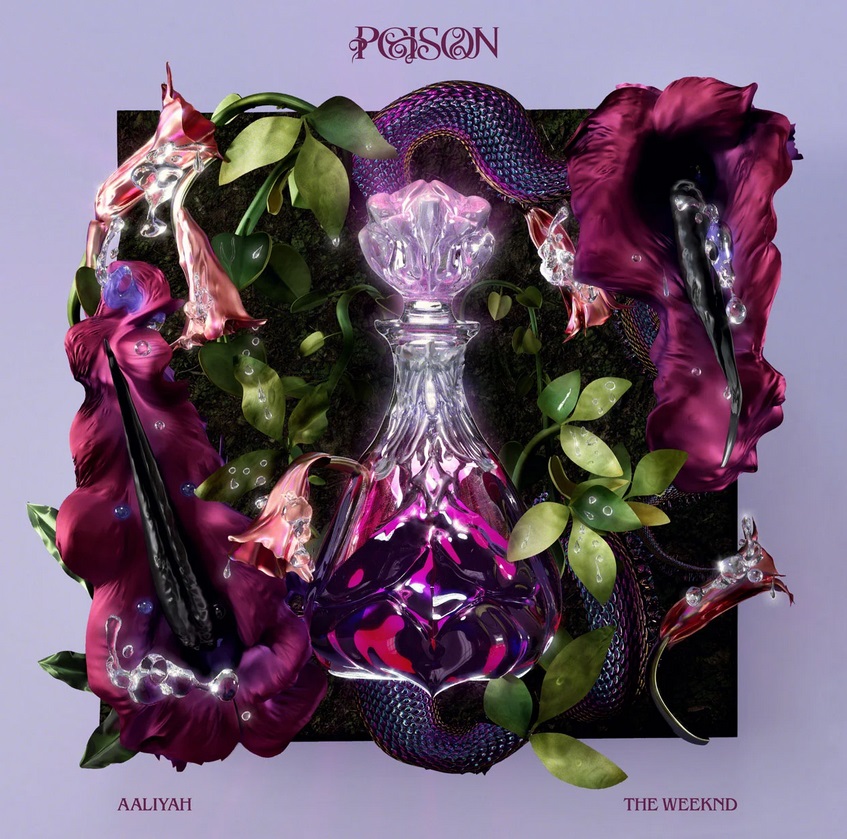 Was the response to the long-awaited streaming debut of Aaliyah’s music and the rest of the Blackground catalog what you expected?

It was a real weight lifted off my shoulders to see the music come out and how well it was received. I was tremendously happy at how many people made their feelings known about hearing and enjoying her music. It was pretty heartwarming to see all of the positiveness that came from the rollout.

Is there anything you regret or would have done differently?

I work very well with [EMPIRE founder/CEO] Ghazi and am happy with that relationship. He’s a bright young man and understood what I was trying to do.

Beyond the rollout and now Unstoppable, what’s next for Blackground Records 2.0?

We’re taking the cue of the success that Aaliyah gave us to help launch other new artists. We have a young lady named Autumn Marini, whose record “Drive” has been released since we last talked and it’s doing well. The video had well over half a million views in just four weeks. We also have a couple of other artists that will be coming out with innovative music — pop and alternative — that will hopefully transcend what we’ve been doing all these years. With Blackground 2.0’s other venture, the streaming app Music360, we’re waiting for our entry into the Apple Store. Once that occurs, our music will be available on it. We’re trying to create an alternative for music and social media. And we’re very excited about that possibility.

Also, Aaliyah was never nominated for or won a Grammy. We can’t figure out how or why that happened. It’s a missed factor that she looked forward to. But there should be some recognition for her leaving a body of work that has caused such dramatic thirst. Maybe a song is a song, but what Aaliyah did took a song to another level. So in the future, we’ll be asking her fan base to make their feelings known by helping us in a campaign for the Recording Academy to honor Aaliyah for her body of work or also by nominating a song or songs from Unstoppable.

You mentioned Timbaland earlier. Are he and Missy Elliott involved with any other tracks on the album or might they record new albums for Blackground 2.0?

Tim is involved, but Missy isn’t. Timbaland has openly told us that he would like to help us in any way he can and he’s already doing that. So I hope that grows and grows back to the status that we had 20 years ago. All these kids that worked with us to help build us, we have an open door for them to come, bring artists and do whatever they want to do with their careers. We’re very open to that.

Between the rollout and the release of “Poison,” have you been in contact with Aaliyah’s estate?

No, not at all. We hope they’re happy. Our door and our phone is always available if there are any comments they’d like to make about anything. We’re open to that. I don’t really know who runs that entity, but I’m not hostile at all. Anything that’s connected to Aaliyah in a positive way, we are open to be involved with and do whatever we can do. We hope it’s profitable for them. We hope that the public enjoys what we’ve done so that the estate can accomplish whatever their goals are. I just hope that out of the very terrible thing that happened to my niece that people can heal. That people can look at all the good things and not just the controversial things that may encompass their thinking. I’m not angry with anybody.

After hearing Unstoppable, what would Aaliyah say?

Everything I do at Blackground is always with her in my heart and in my mind. God knows Aaliyah and I spent a lot of time talking about music. I think she would be very happy with the selections we made and the guests because the artists themselves made it known to us how much they wanted to work with her and be a part of her legacy. And I pray that she is happy. Aaliyah would love hearing herself with the current stars of the industry that she cared so much about. And that’s all I wanted to do.