For the past few years, you might’ve gotten the impression that a curse had struck the City of Angels. In March 2019, Los Angeles grappled with the loss of Crenshaw and Slauson’s own Nipsey Hussle — a beacon of authenticity who had inspired millions with his entrepreneurial spirit, relentless insistence on independence, and a gift for telling street stories. The events were followed by the breakup of Shoreline Mafia, the city’s most popular rap group since Cypress Hill and the subsequent loss of Shoreline member, Mac P Dawg.

Despite the darkness, the city retains an indomitable spirit. In a foreshadowing of good times to come, the Dodgers and Lakers even won championships. What’s more, L.A. hip-hop and R&B has produced a bumper crop of new artists, with rising stars like Bino Rideaux, Blxst, BlueBucksClan, and Rucci (all of whom are featured on Billboard’s new Los Angeles Emerging R&B/Hip-hop Artist chart) reaffirming that credo shared by 2Pac and Jim Morrison: the West is the Best.

In 2017 and 2018, the living legend from Watts’ Jordan Downs projects became one of the most organic phenomena that Los Angeles hip-hop had ever seen. His rise was sparked by concrete hymns that he aptly described as, “pain music that’s popping.” However you describe it, Greedo alchemized Baton Rouge gangsta rap with the auto-tuned melisma of T-Pain into something entirely fresh. He could interpolate Rick James and Lana Del Rey on the same song with ease. And while he’s spent the last two and a half years in Texas prisons, his spirit and influence continue to permeate L.A. hip-hop. With a notoriously deep catalog waiting for imminent release, purple summers are forecast every year for the foreseeable future.

With Los Angeles forever mourning the loss of Nipsey Hussle, a legion of young artists has pledged to ensure that the marathon will always continue. Arguably, the brightest star to emerge from that orbit is Bino Rideaux, a fellow South Central native and frequent collaborator and protégé of the late great Neighborhood Nip. During a year spent on lockdown, the Def Jam signee managed to capture the spirit of idyllic freedom with 2020’s Outside. His “Brand New” collaboration with Blxst was a quintessential windows down, riding around town anthem — an ode to shopping sprees, unchecked optimism, and new West Coast soul.

Blxst became the hottest young rapper, singer, and producer in L.A so quickly that you might have mistakenly believed that he came out of nowhere. To do so would obscure a half-decade of indefatigable work ethic and relentless grind. In that span, he’s gone from Soundcloud mixtapes and selling self-designed Eagle Hoodies to becoming a sought-after guest verse for everyone from Compton’s 1TakeJay to Sacramento’s Mozzy. The South Central-born, San Gabriel Valley-raised singer is a one-man hit factory: churning out hooks, beats, and original raps for himself and others (even receiving a co-writing credit on Jack Harlow’s “Yikes” from the Scoob! The Album). One listen to his collaboration with Ty Dolla Sign, “Chosen,” and you can distinctly hear a naturally ordained talent and distinguished lineage. Here are two of the most gifted hip-hop and R&B fusionists of their respective generations teaming up like LeBron James and Anthony Davis.

From the Northside of Inglewood, Rucci’s party-starting bark has been one of L.A.’s consistent sounds of the last three years. In that time, “El Perro” has created a catalog of songs for every mood: poignant street narratives that broach his father’s deportation back to his native El Salvador; inspirational testimonies about overcoming the adversity and poverty of his section and bass-heavy, top down subwoofer-rattling bangers to cruise the boulevard. 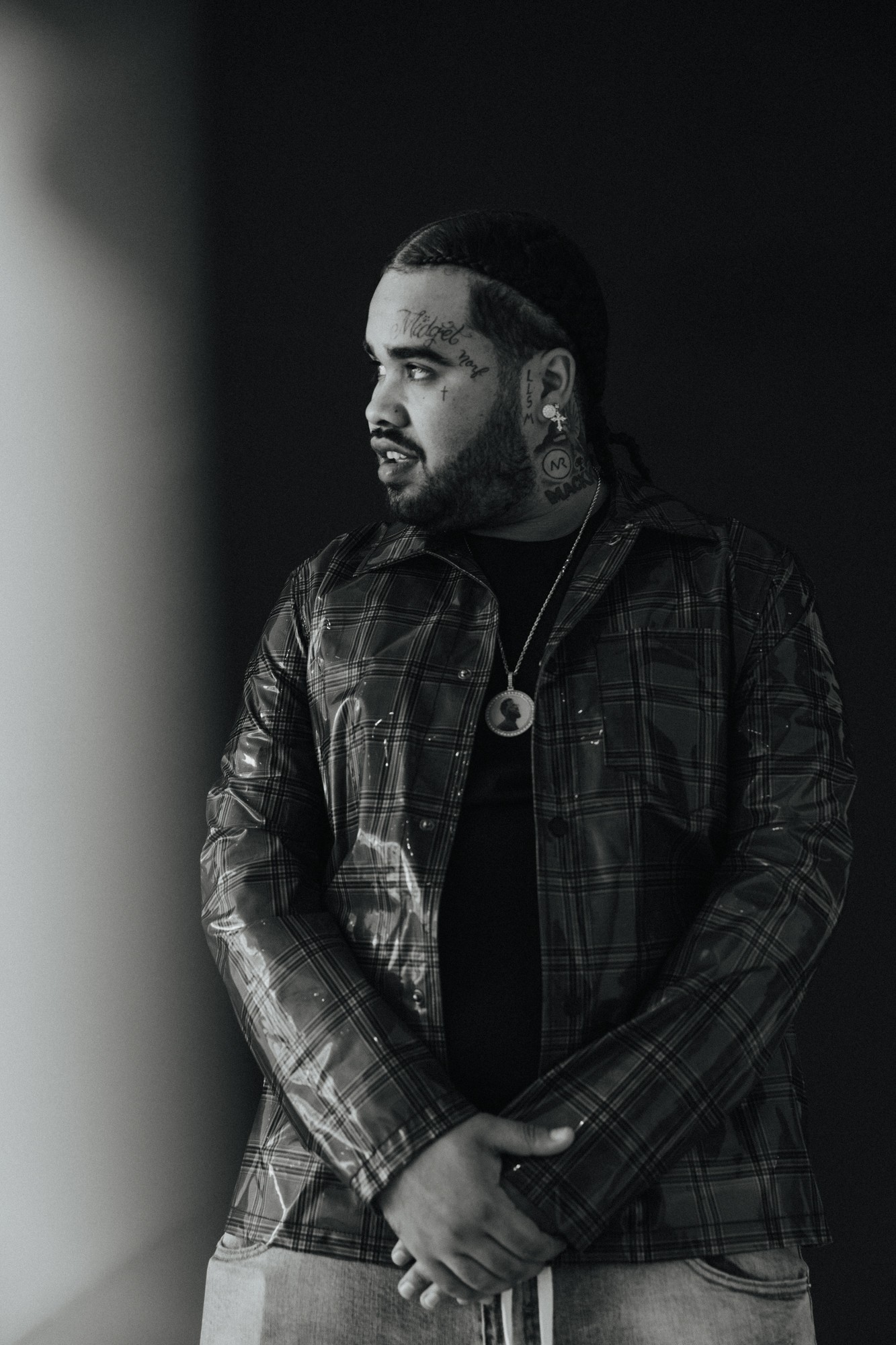 The prevailing rap cliché is to describe one’s life as “a movie.” But more often than not, that really just means a music video filled with debauchery. Drakeo’s life has been an actual movie, somewhere between Boyz n the Hood and Straight Outta Compton. After an early co-sign from DJ Mustard, the South Central native invented an entire sub-genre of gangsta rap. His nervous music balanced a stressed out, street level anxiety with flashy and frequently crashed foreign cars, and Neiman Marcus shopping sprees — all of which have coalesced to position Drakeo as one of L.A.’s hottest homegrown talents in recent memory.